Last week on The Tye-Dyed Iguana blog, we featured the ember tetra fish, which is one of the smallest tropical fish in the aquarium hobby. You can check out information about that fish species here:

Ember tetra is considered a nano fish species. One of the perks of keeping nano fish is that they can fit in small, or nano, aquariums. And smaller aquariums are easier to keep in places like bedrooms, offices, or apartments.

But just because these tanks are small doesn’t mean they can’t be aquascaped and make great display tanks. Let’s take a look at some design ideas for a small tropical fish aquarium.

How big is a nano aquarium?

A nano fish tank is generally any tank that is smaller than a standard 10 gallon aquarium. You don’t want to go too small even with nano fish, though, because they still need room to swim around, and many of these fish live in schools.

Betta fish can also be kept in small aquariums around 5 to 6 gallons in size, as long as they are kept solo.

At The Tye-Dyed Iguana in Fairview Heights, we carry several options for small fish tanks:

These are cube-shaped aquariums with LED lights that really look great on desktops, tables, bookcases, or counters. Even better, these small fish tanks still have enough room to do a little aquascaping, as well.

What can you keep in a 1 gallon aquarium?

You may be wondering why fish tanks even come in a 1 gallon size. What fish could you even keep in there, right? 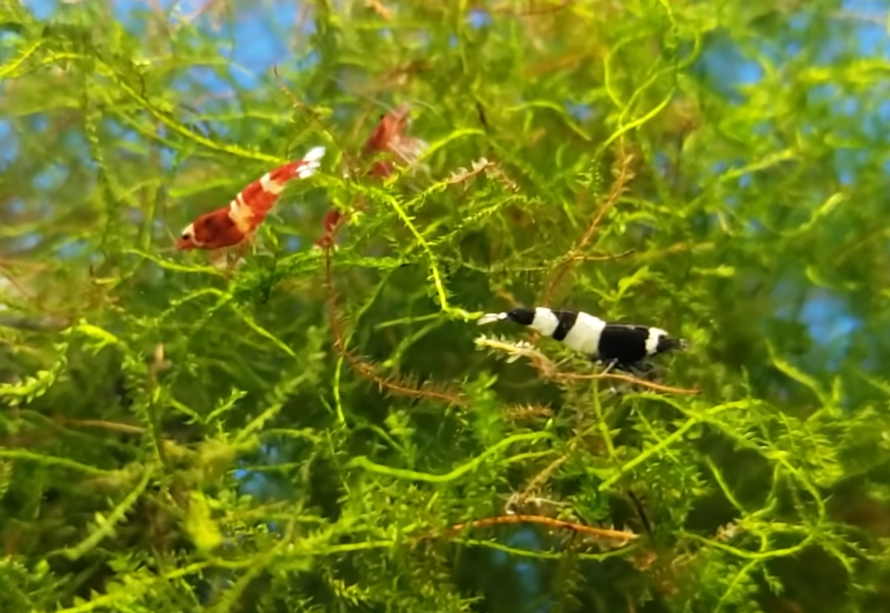 Well, there are a few aquatic species that aren’t exactly fish that can still look great in a nano aquarium, such as shrimp and snails.

As mentioned above, you can still aquascape a nano aquarium. You just have to make sure you keep plants that don’t grow or spread too fast. Bettas and most nano fish enjoy having plants to hide around or nibble at. 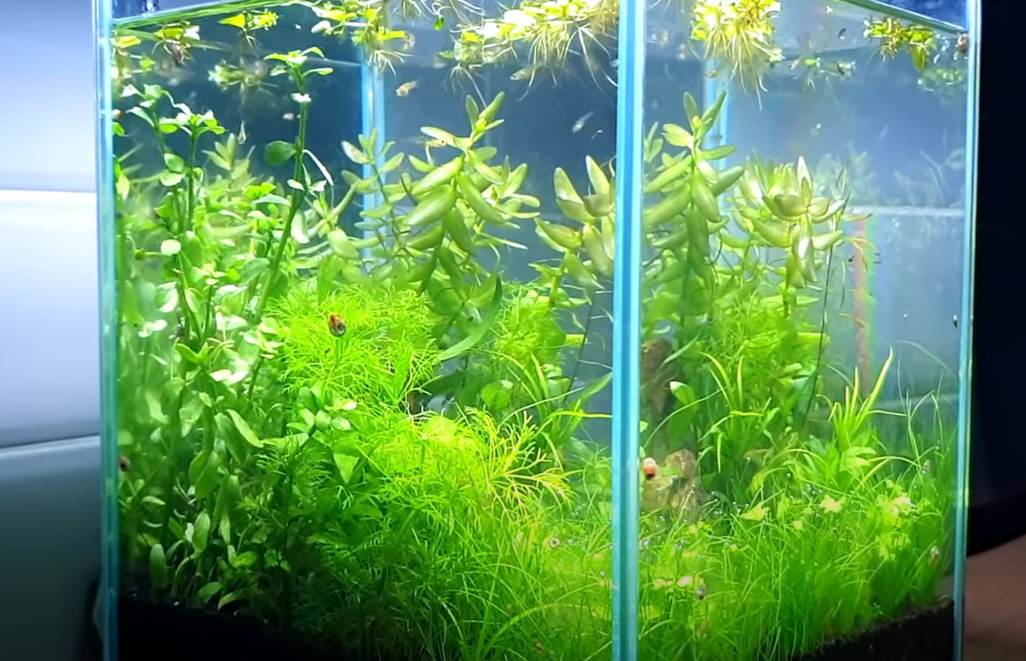 The tank in the photo above is home to several young guppies. Guppies are a small fish species that can happily live in a 5 or 6 gallon tank.

A nano aquarium still needs all the same basic features of any tropical fish tank. You’ll need a filter, a heater, and a light. If you have all of that and a few live plants, it doesn’t sound like there’s much room left for decorating, but even small tanks can have a few unique touches added. 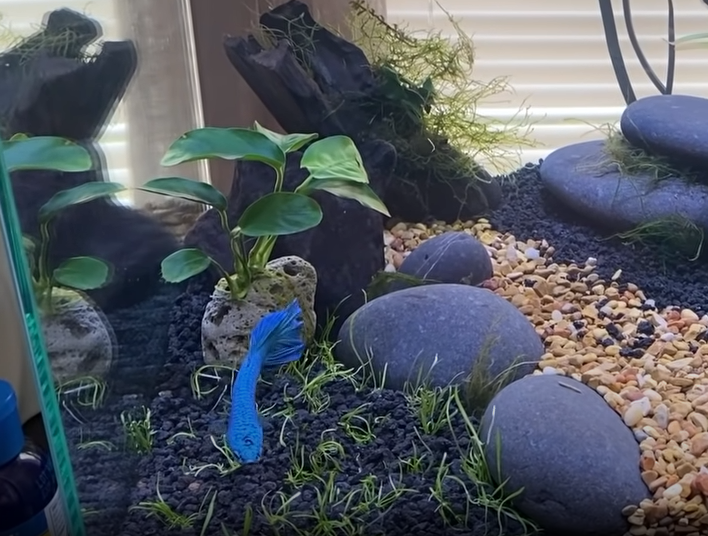 Small stones, driftwood, and caves or houses can fit in a nano aquarium as long as you’re selective and don’t try to fit everything in at once. Here are a few options to consider: 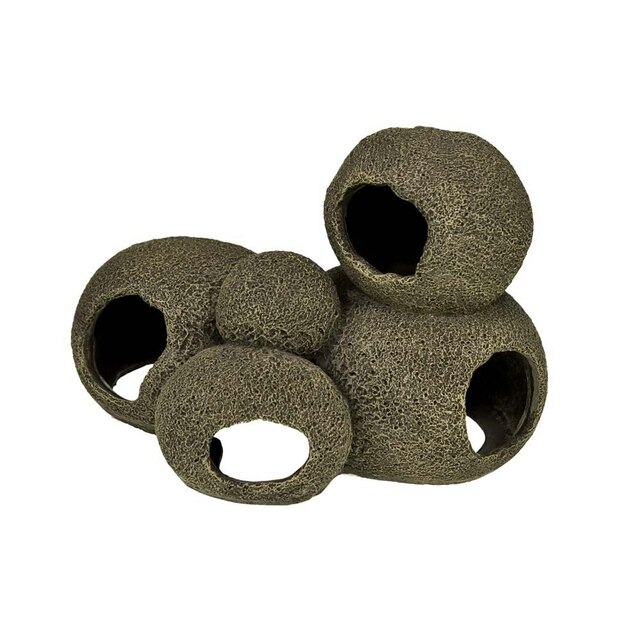 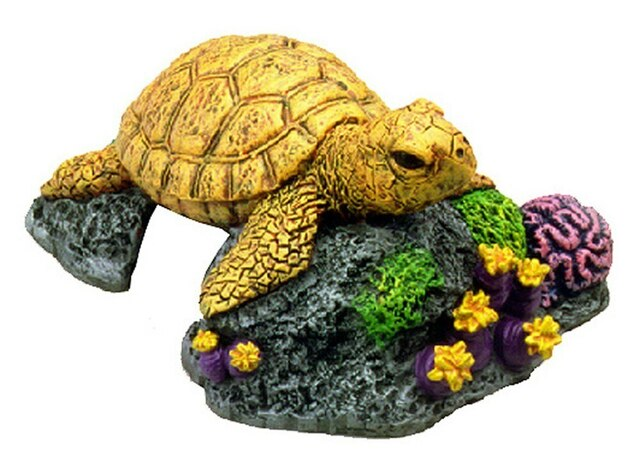 You can also place decorative plants in the aquarium if you don’t like taking care of live plants.

Think a small fish tank sounds right for you? Come into The Tye-Dyed Iguana in Fairview Heights to check out our selection of nano fish and bettas.