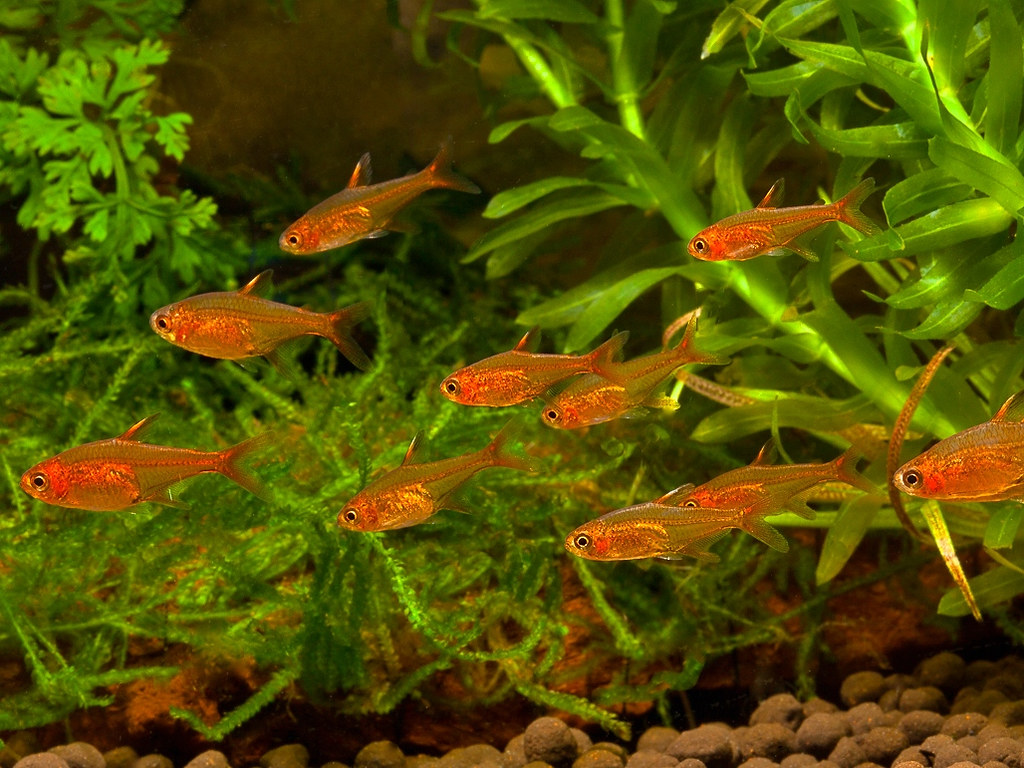 Want an eye-catching fish that is easy to take care of? The ember tetra is a fish species that is growing in popularity for just those reasons. It’s also quite small, so you can keep an ember tetra aquarium pretty much anywhere.

Here are all the details on October’s featured fish, the ember tetra.

Okay, the ember tetra is not the size of like, science fiction nanobots. But when we talk about nano aquariums, a.k.a., really small tropical aquariums, ember tetras are the kind of fish you would put in one. 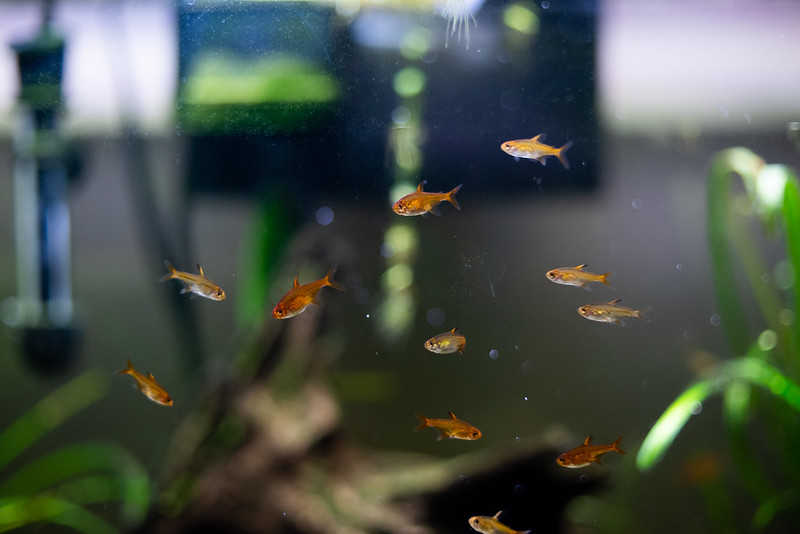 Ember tetras are just over half an inch and rarely get larger than one inch in size.

The ember tetra is well-known as a peaceful fish that does well in community tanks. It is also a shoaling fish, which means you will need to keep it with a group of other ember tetras.

Without a school of its own species, these fish can get depressed and experience a decline in physical health. They need to socialize, and they do best with a group of about ten to fifteen embers. 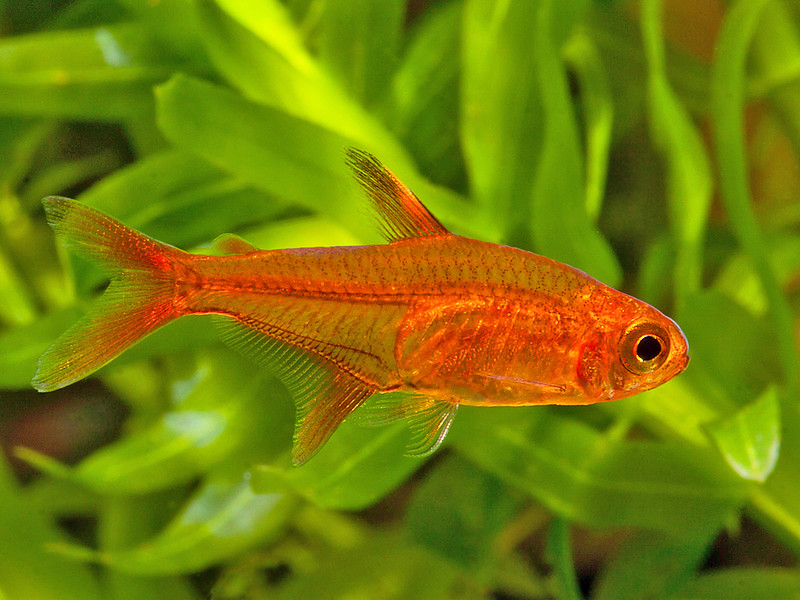 The most distinctive feature of the ember tetra is its bright, red-orange coloring. Individuals can vary in how much body surface is red-orange, but pretty much all ember tetras have at least some of this coloring.

Ember tetras are about as easy to care for as any fish you can get. They take up little space, will swim in all water levels (top, mid, and bottom), and tolerate a range of water conditions as long as you provide standard water maintenance to ensure clean, hospitable water.

They can live in a temperature range of 73 to 84 degrees Fahrenheit and pH levels from 5 to 7, though 6.5 is their sweet spot.

Ember tetras are omnivores that eat a variety of flaked, frozen, or freeze-dried foods.

Ember tetras naturally live in habitats with lots of vegetation, and this makes them well-suited to aquariums with live plants. The plants will help improve the water quality, as well as reducing stress levels in the embers. 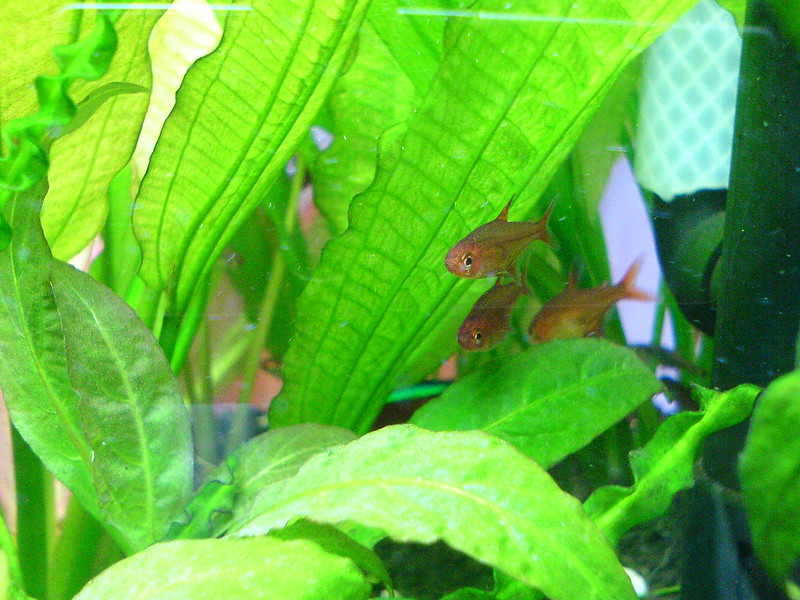 If you’re putting ember tetras in a nano tank with live plants, just make sure there’s still enough room for them to swim around.

You may have noticed that this fish has a very similar name to another fish we’ve covered on The Tye-Dyed Iguana blog:

So what’s the difference between these two fish species? Both are types of tetra, but they are not simply a different coloration of the same fish. Ember tetras tend to be smaller than neon tetras and slightly more resilient to water conditions that neons don’t tolerate.

Another bonus of the ember tetra is that it is less prone to the aquarium disease called neon tetra disease, which, as the name implies, neons tend to get more often than other fish. That being said, neon tetras are still a beautiful fish that even beginners can handle.

Come into The Tye-Dyed Iguana in Fairview Heights to learn more about fish varieties and check out the fish we carry.