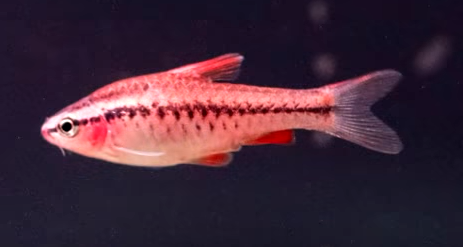 Every month for many months now, we talk about a particular tropical fish on this blog. My hope is that getting familiar with the fish keeping options will help you make the best choice of pet fish for you.

This month’s featured fish is the barb. Barbs are great fish for beginners and also offer interesting features for more advanced tropical fish keepers to enjoy.

Here’s what to know about barbs…

Barb fish come in different varieties, just like many of the tropical fish we talk about here on The Tye-Dyed Iguana blog. A few barb types include:

Barbs are schooling fish, so that means you’ll want to keep them in groups of six or more of their own species. Keeping barbs in groups both encourages them to be more active and reduces their aggressive behavior towards other fish. 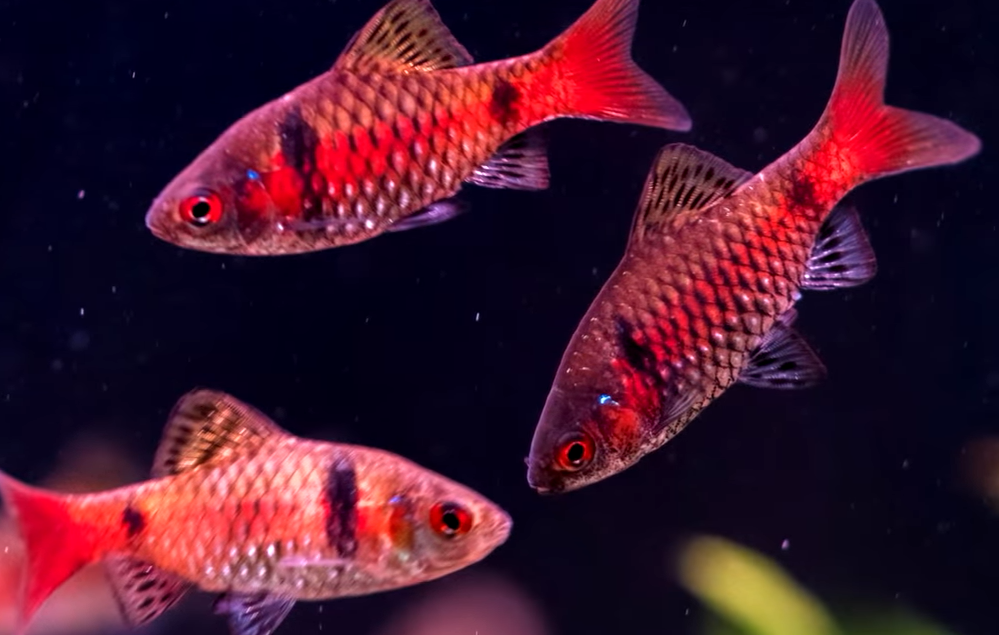 Barbs are hardy fish that are not too finicky about pH levels or even cleanliness (though you still shouldn’t risk it with a dirty tank). They also tolerate a decent temperature range from 72 degrees Fahrenheit to 82 degrees Fahrenheit.

It’s important to know that barbs ARE a semi-aggressive fish species. They can get along well in a community tank with some species. You’ll want to avoid pairing them with long-tailed fish, though, such as angel fish, because the barbs may nip at the tails and fins of such fish.

As mentioned above, keeping a nice-sized school of barbs together can help reduce their chasing and nipping behaviors. In fact, they can be pretty laid back when they feel secure in a large group of their own kind.

It’s best to keep a larger group of barbs (around twelve to fifteen) rather than stocking your tank with the minimum six fish. 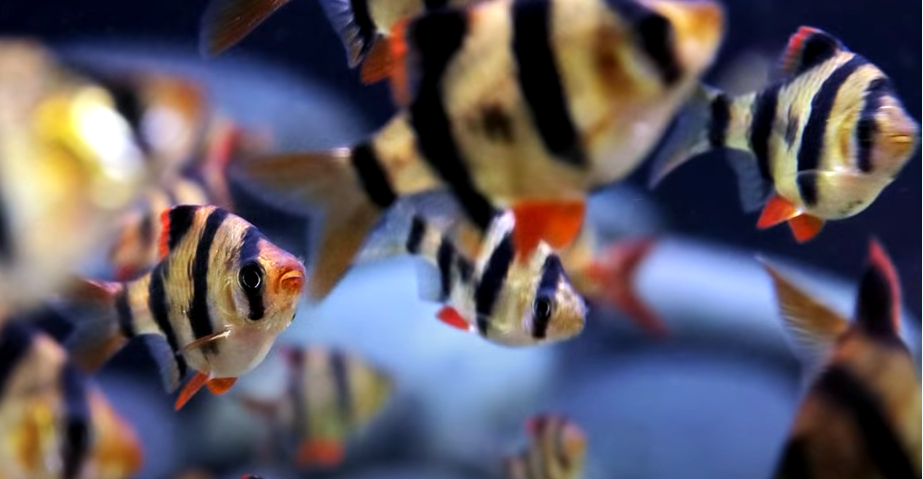 Good fish to pair with barbs include rasboras, corydoras, and neon tetras. These are other small, short-tailed fish.

Barbs can behave somewhat obnoxiously, so they’ll need space to be active and thrive in larger community tanks. Most of the time, they annoy other fish more than they really attack. They like to be playful with other fish, but not all tank mates will appreciate this behavior. In fact, some fish can die just from the stress of barb’s picking at them.

Barbs are omnivores and can eat a variety of foods. Because they are active and playful, it’s a good idea to make sure they are getting enough food. Food variety is also good for them.

Some foods that work well for barbs include:

The cichlid pellets are not specifically formulated for barbs, but they are a nutritionally balanced fish food, and as long as you feed the “mini” size, barbs will do well with them. Do not feed barbs larger pellet foods.

Another important thing to note about barbs is that they are extremely fast swimmers and eaters, and they can starve out their tank mates. Feeding different food varieties (some that sink and some that float) can help with this.

Come by The Tye-Dyed Iguana in Fairview Heights to check out the barbs and other tropical fish varieties we have available.