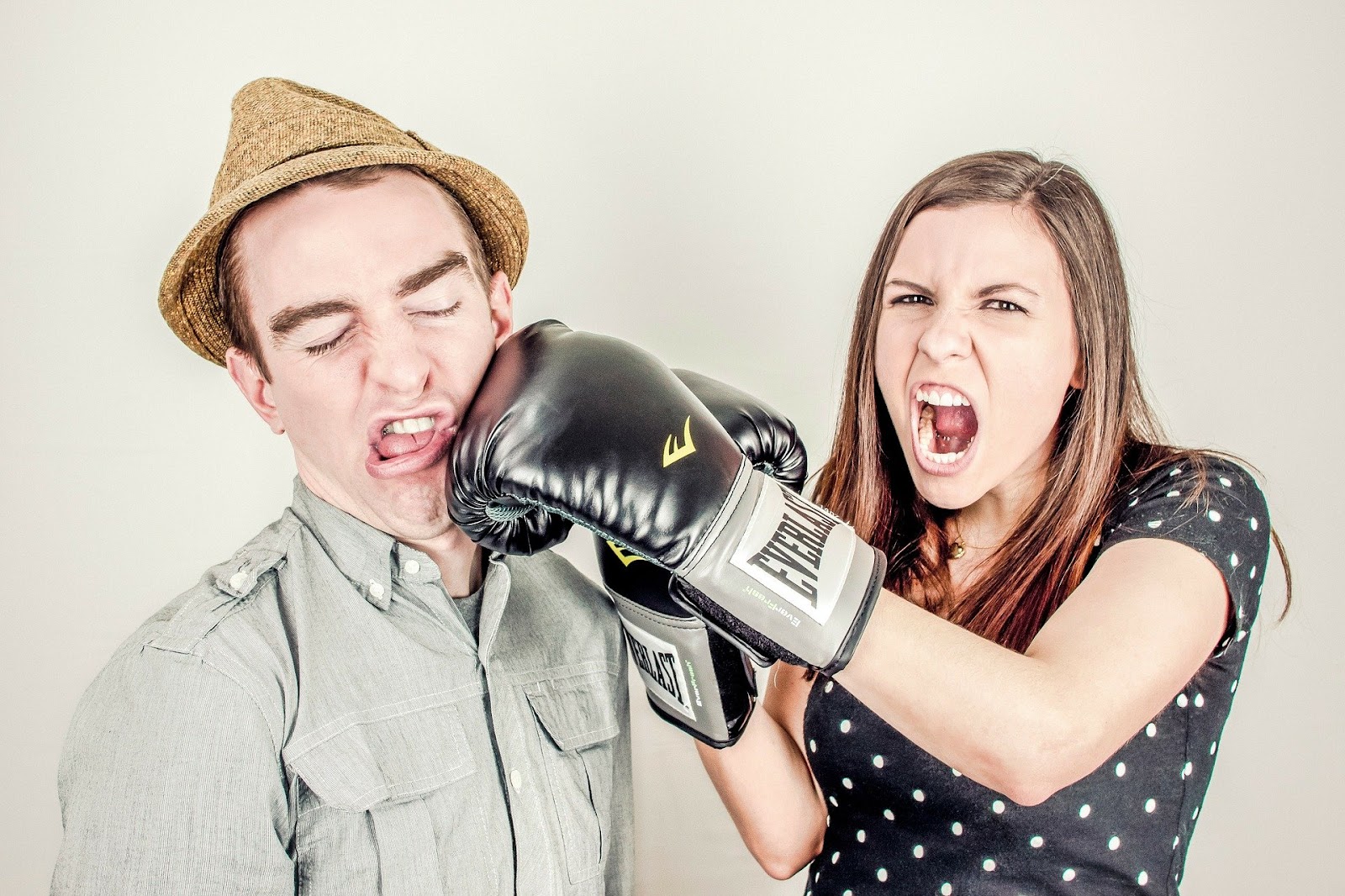 
WARNING: Images of beautiful betta fish shown within. You may want to buy all varieties after seeing this.

If you’ve been following our articles about betta fish and how they breathe air and blow bubbles, then you may have picked up on the fact that there are multiple types of bettas. If you haven’t seen the previous articles, you can find them here:

Did You Know That Betta Fish Breathe Air?

Have You Seen Your Betta Fish Blowing Bubbles? Here's What It's Really Doing

Those articles cover some betta basics. But this article takes a look at differences in betta fish types. So if you’re trying to decide what kind of betta fish to start with, or you want to add a new betta to your collection, then keep reading.

What are the common betta species?

In most freshwater fish stores, you’re going to find one (or both) of two species:

The two are similar, but B. splendens is the most popular betta, called the Siamese fighting betta. B. imbellis is not as popular in the fishkeeping world, and it is known as the peaceful betta.

What are the differences between the betta species?

You may have guessed from the names that the two commonly kept betta species have different personalities from one another. Fighting bettas tend to be highly territorial and aggressive, especially the males. Because of this, fishkeepers who want to keep bettas often have to isolate them in their own tanks rather than making them part of an aquarium group.

Peaceful betta, on the other hand, does not display such strong aggressive characteristics. Because of this, it may be easier to keep a tank of multiple peaceful bettas and other fish together.

That being said, the name “peaceful” betta may be a bit deceiving. Betta keepers should keep in mind that both species are similar, and even the peaceful betta will become aggressive if it is defending a bubble nest. Still, they are milder and have smaller tails, which keep them from antagonizing other fish species in the tank (the fighting betta’s large tail attracts fish that might nibble it, provoking an attack).

In general though, Betta imbellis can be kept as a community species with other B. imbellis. This can be a big bonus for keepers who love the beauty of bettas but want to keep multiple fish without the cost of multiple tanks.

Fighting bettas and peaceful bettas also look slightly different from each other, but it can be difficult to recognize them by appearance because fighting bettas, themselves, come in a variety of breeds that all have different colors and tail shapes.

Take a look at these photos that all represent various Betta splendens: 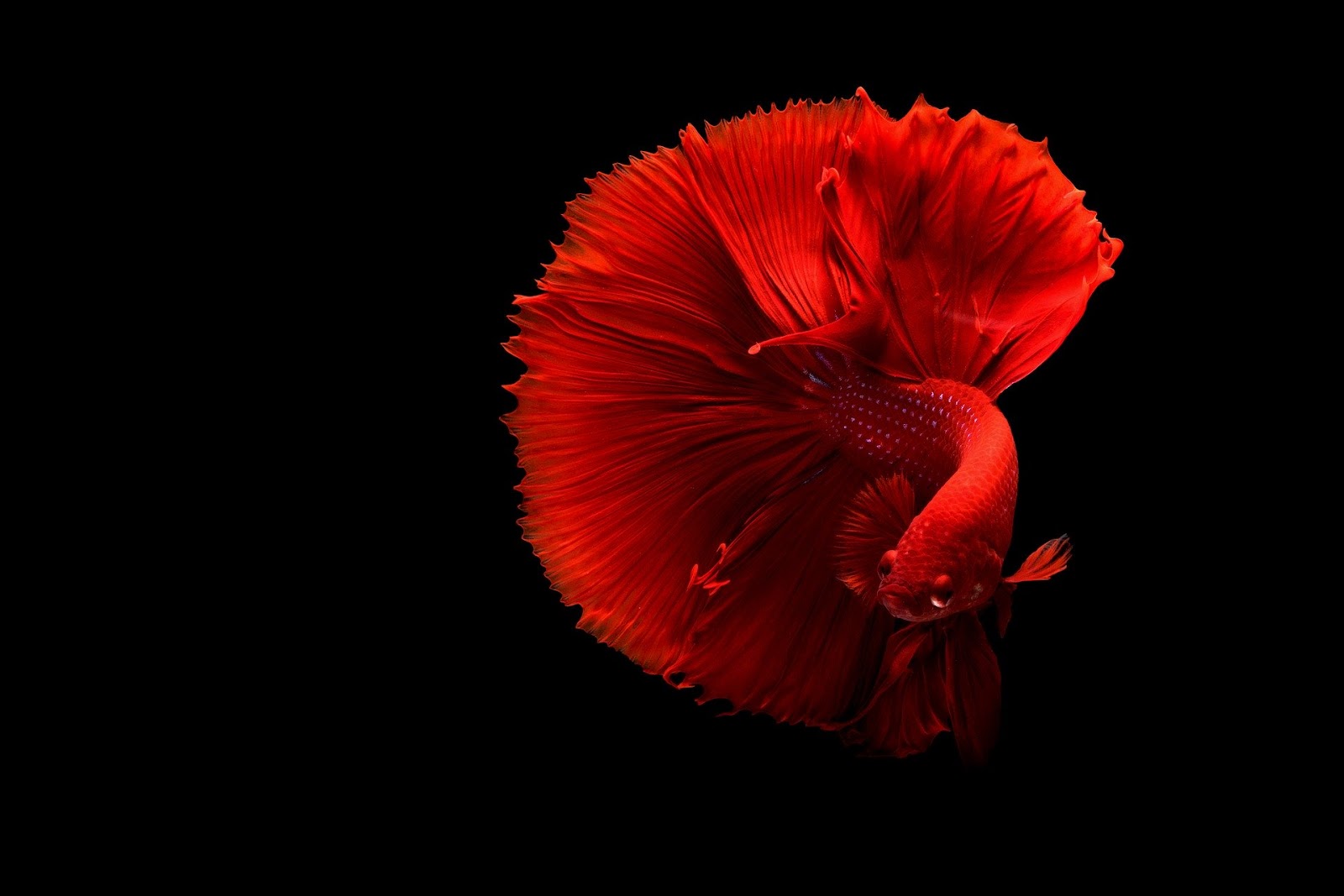 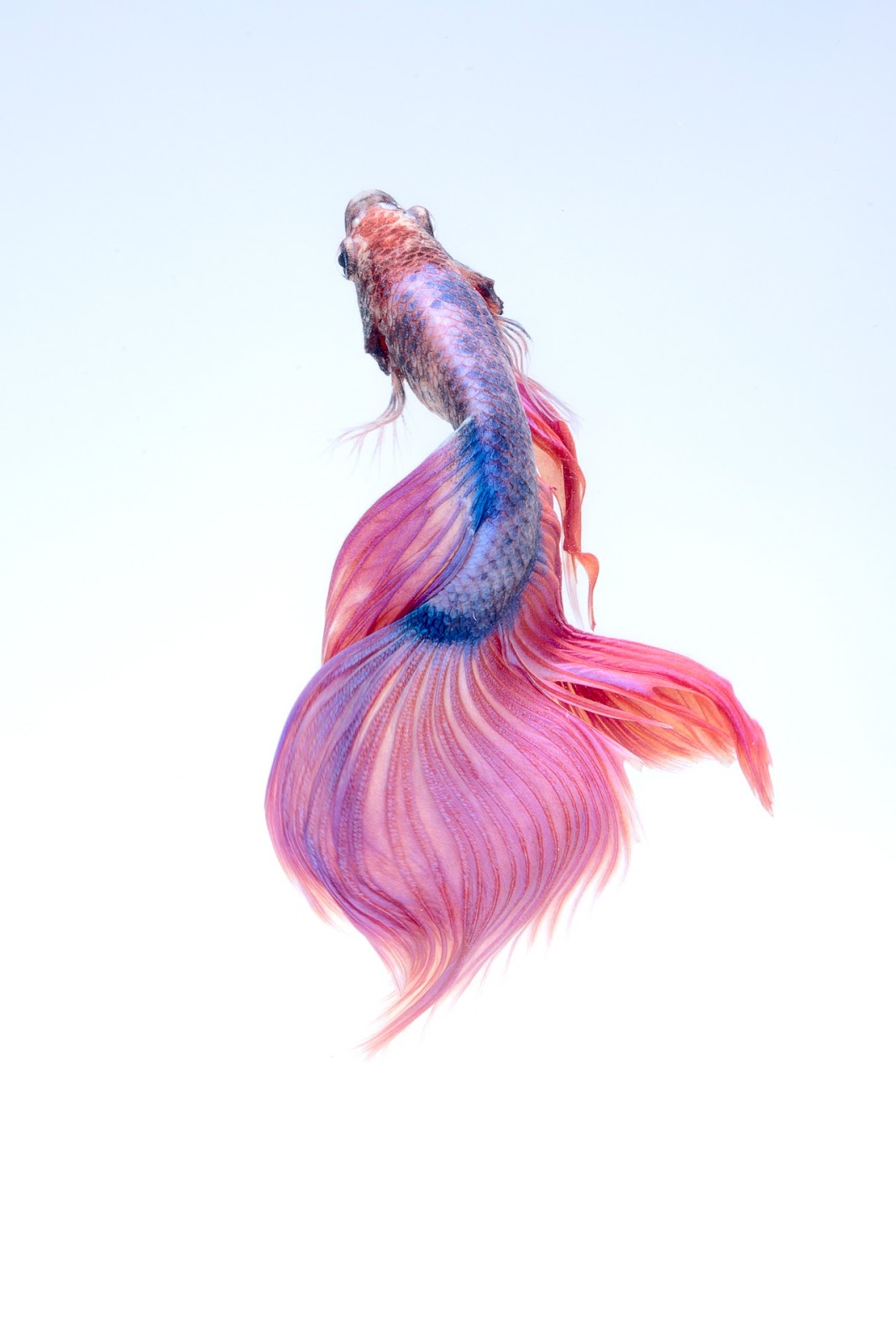 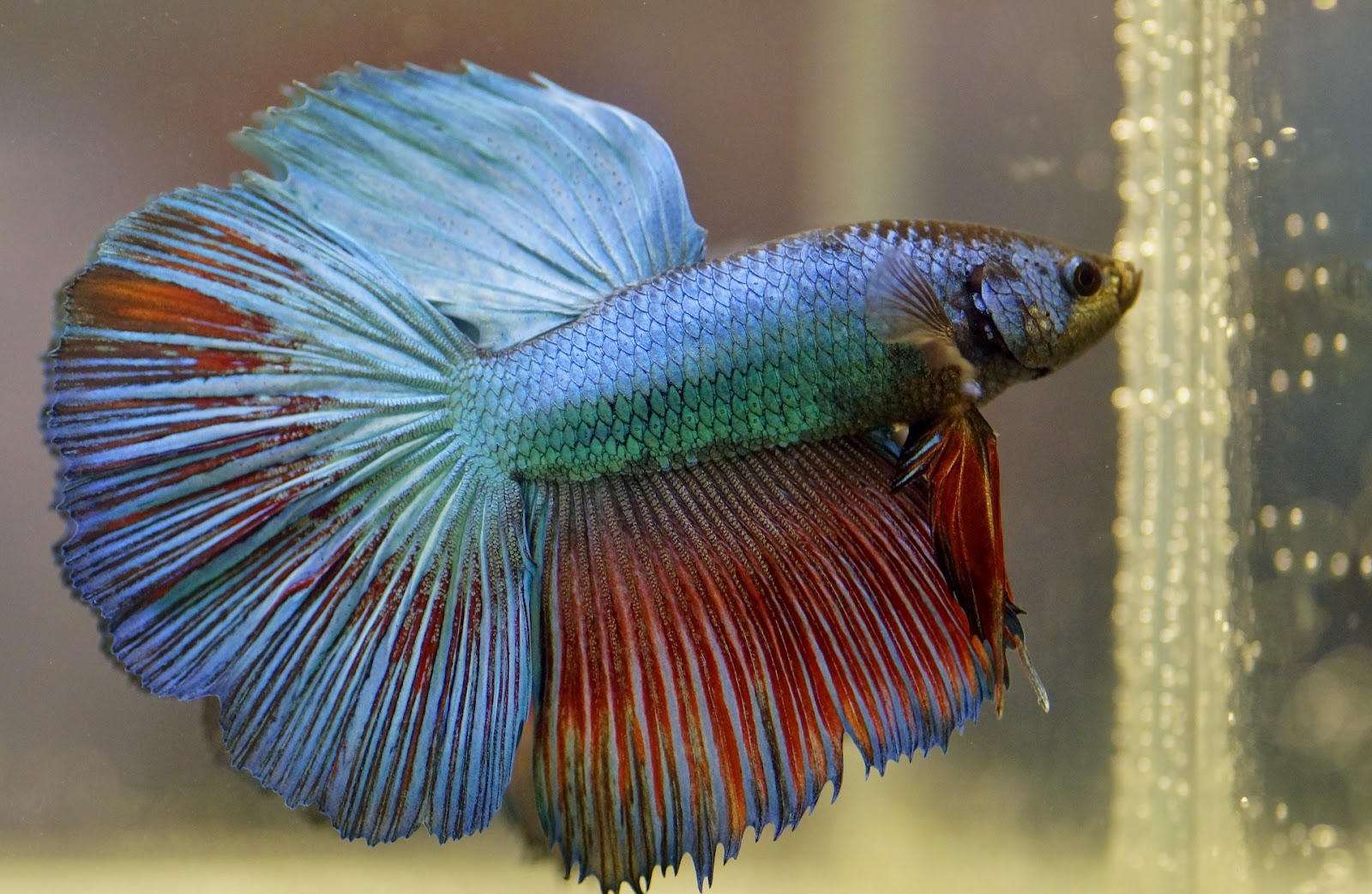 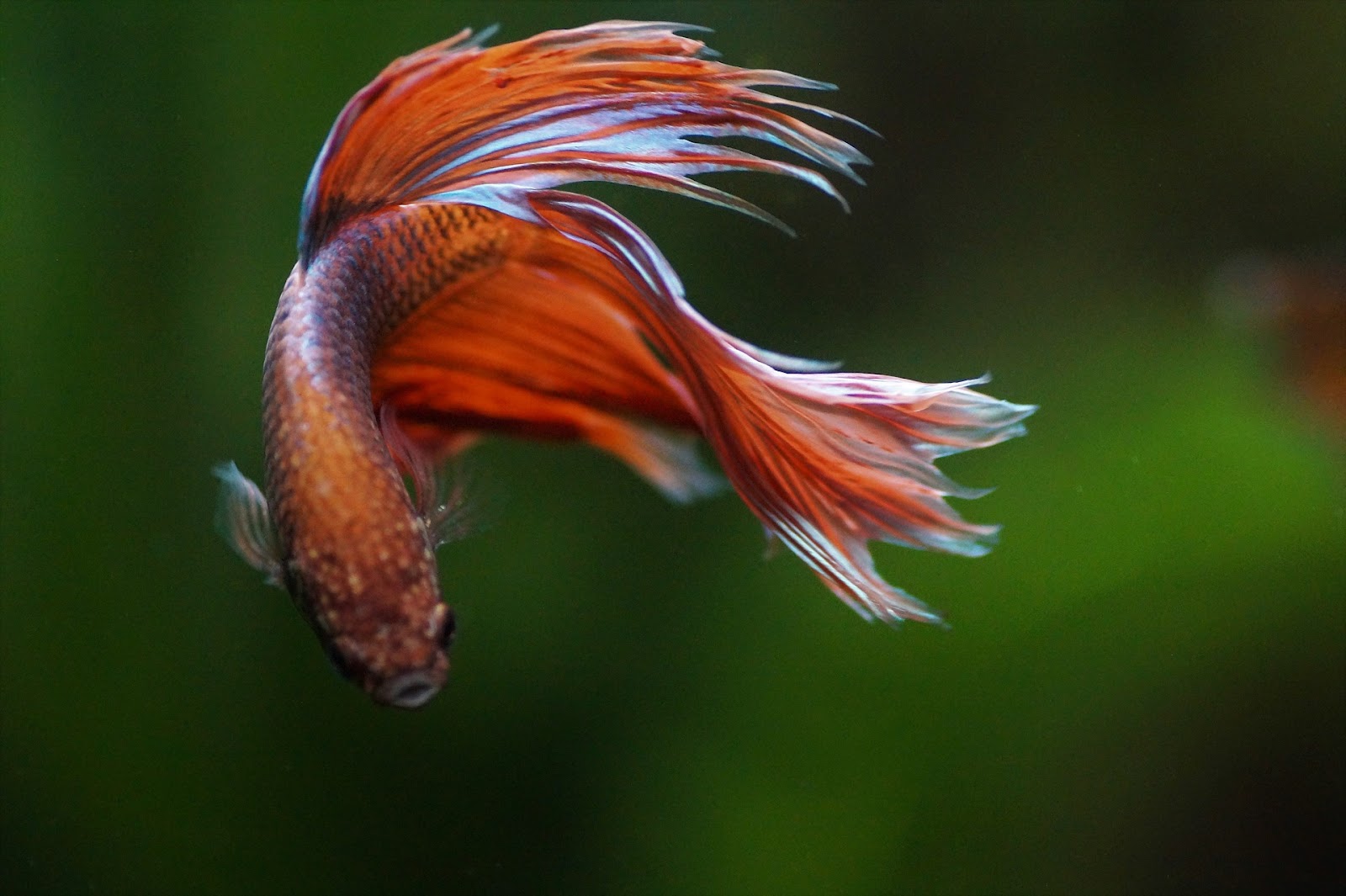 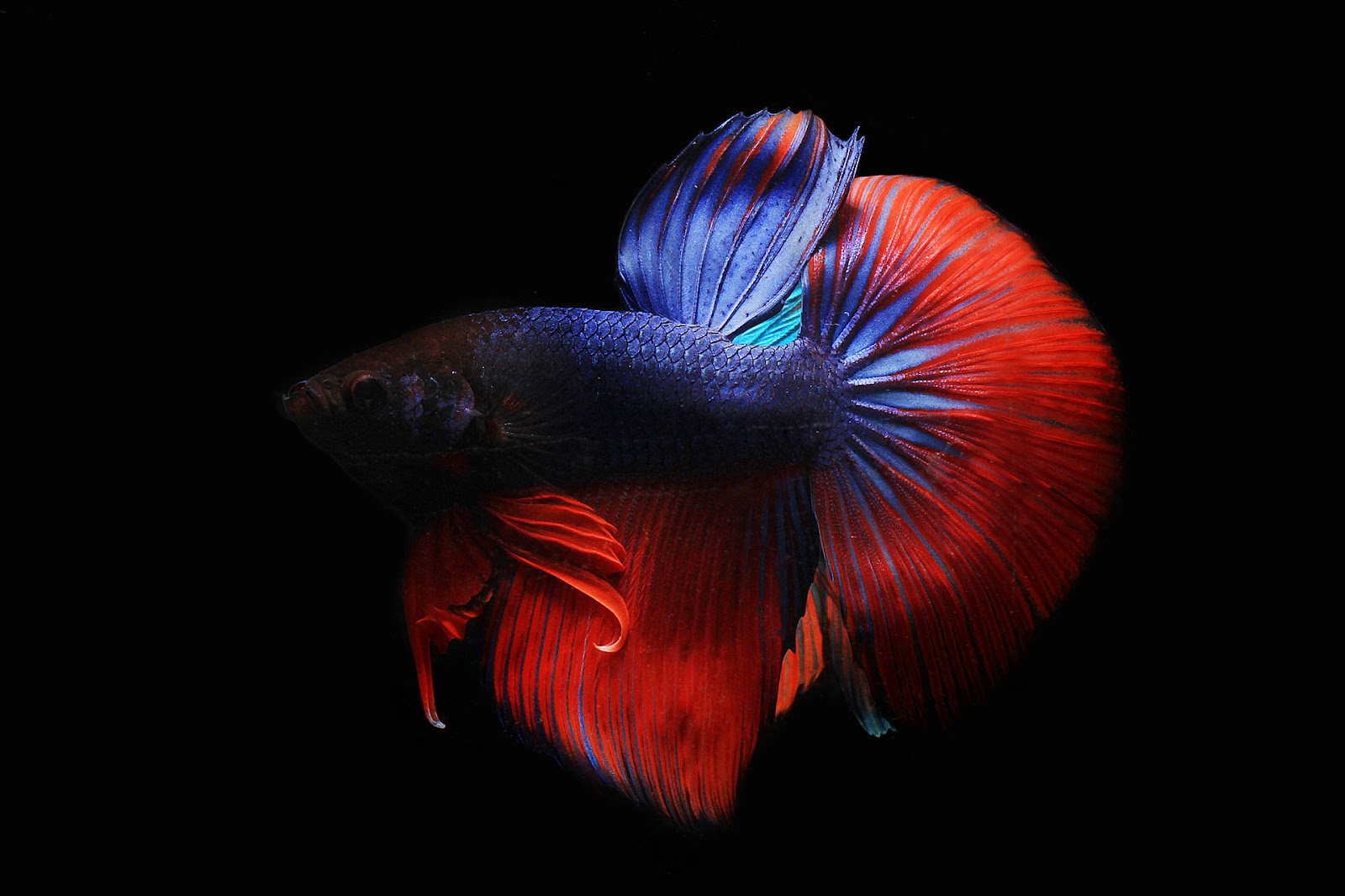 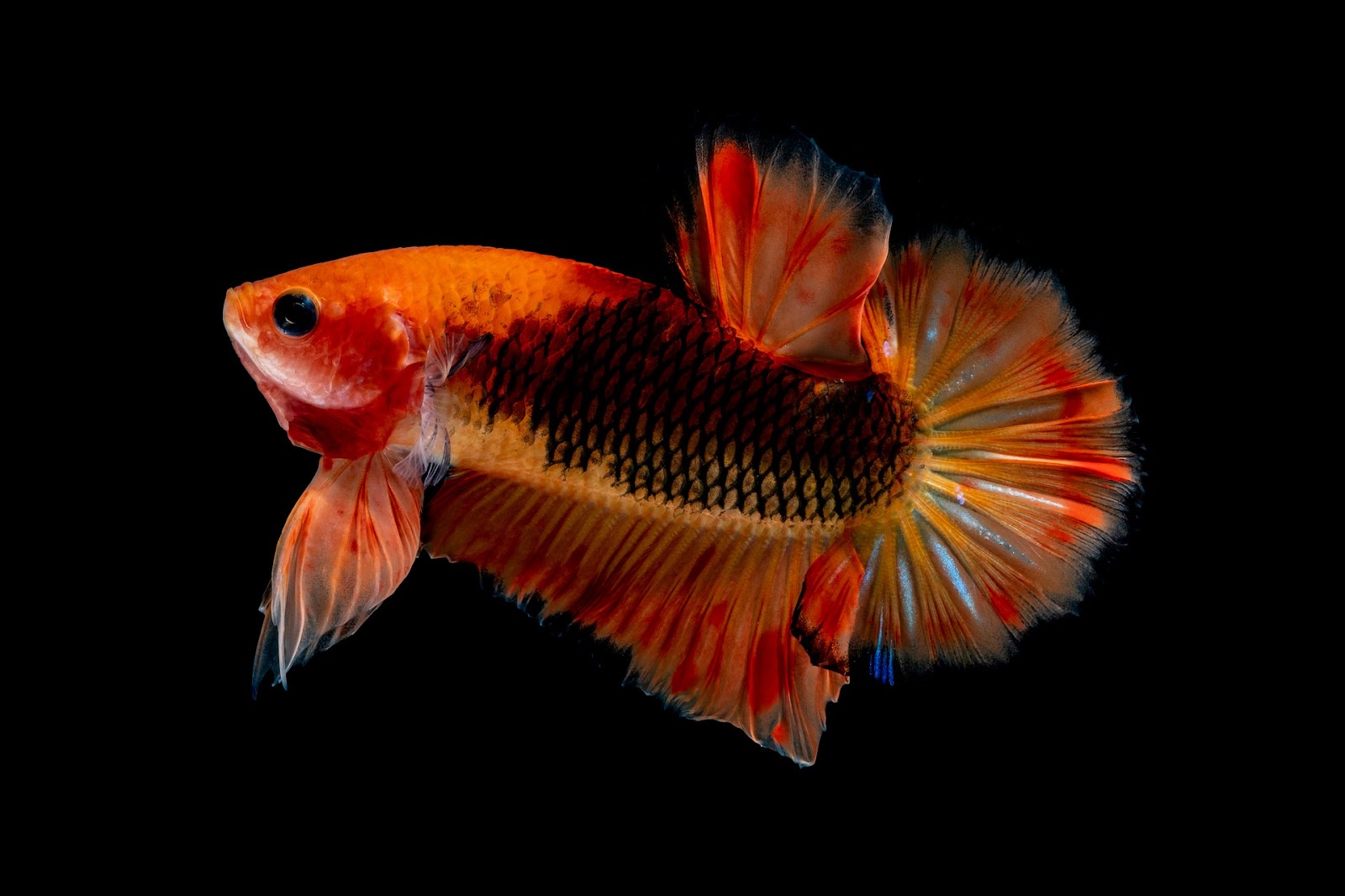 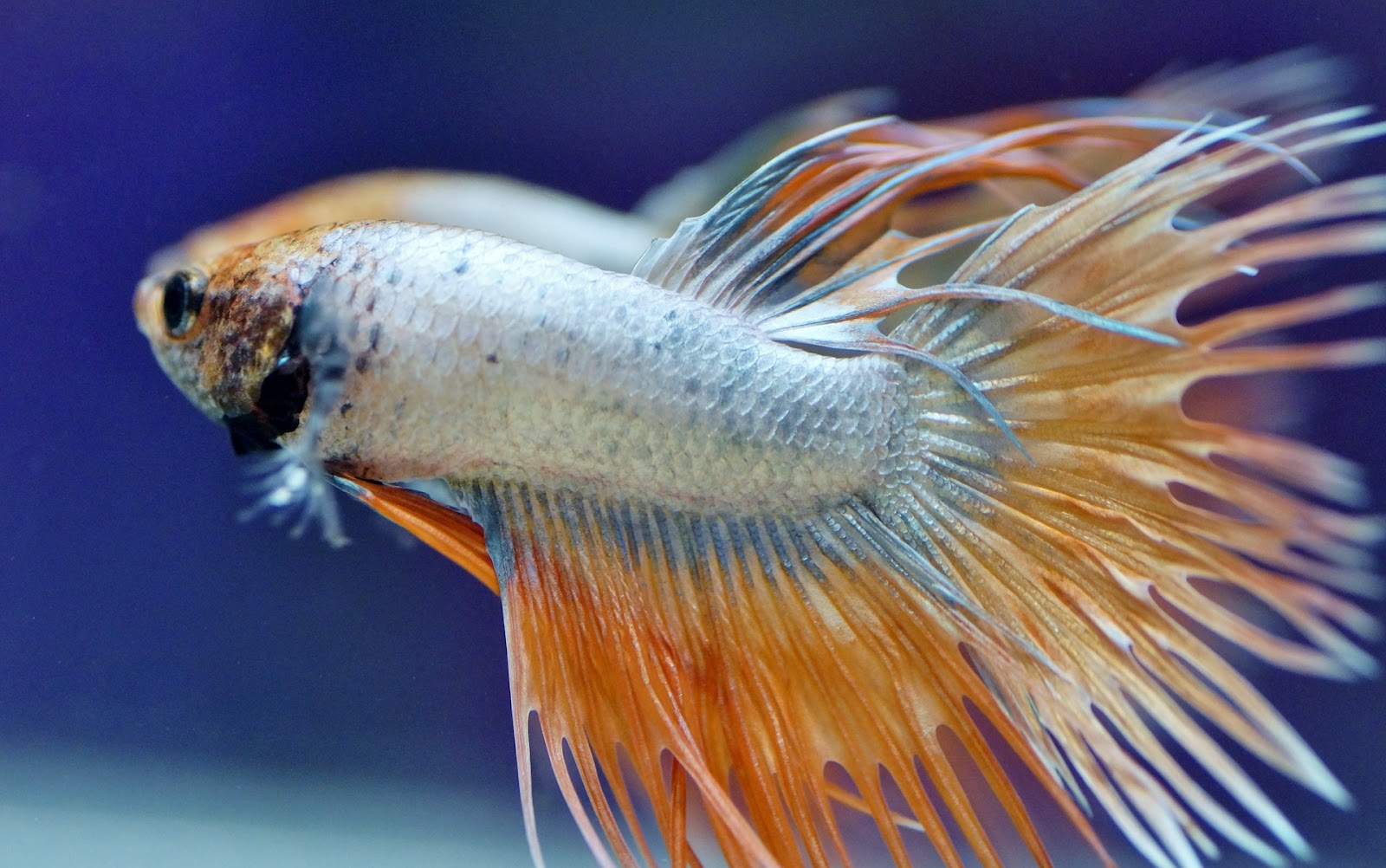 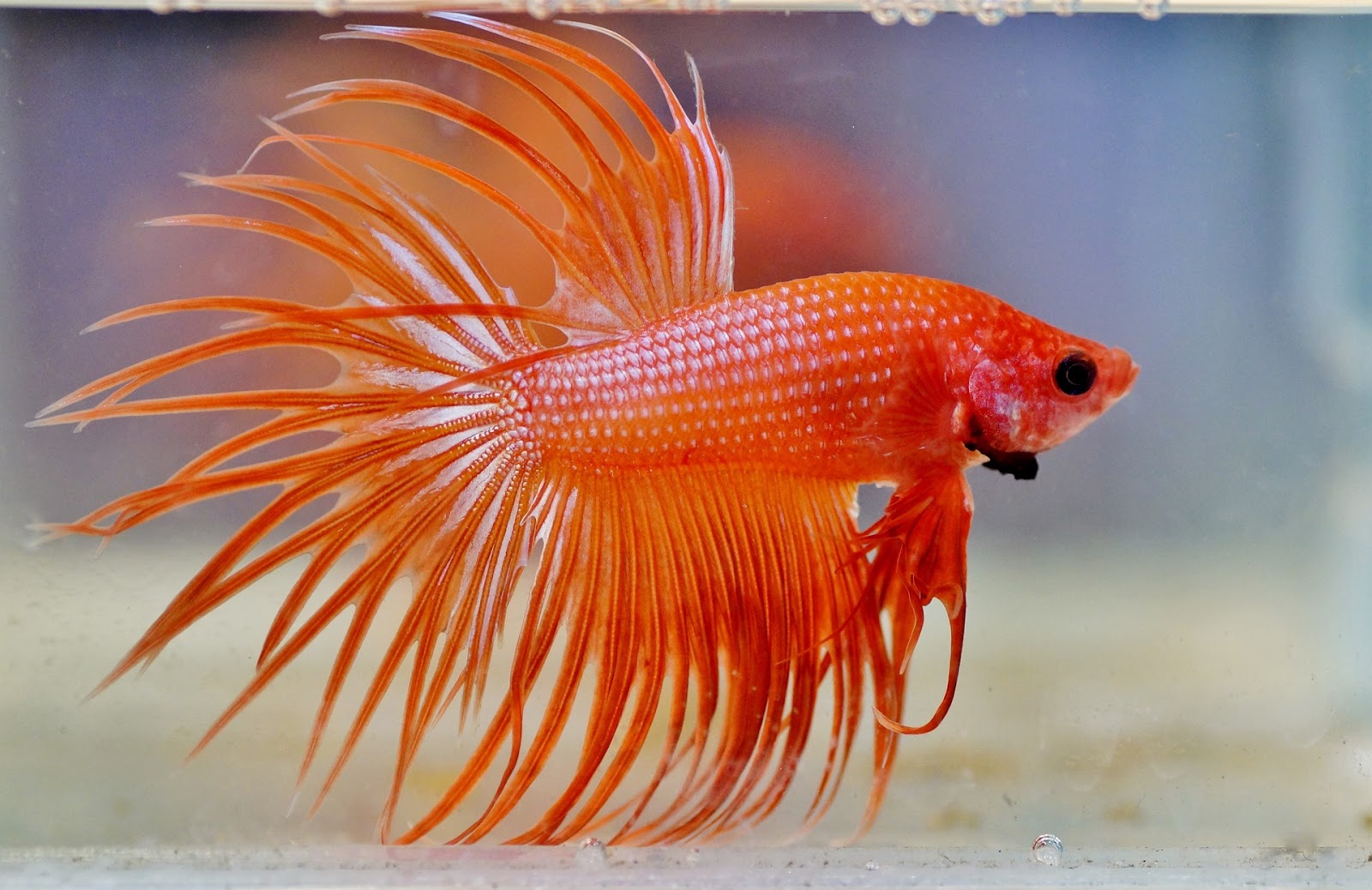 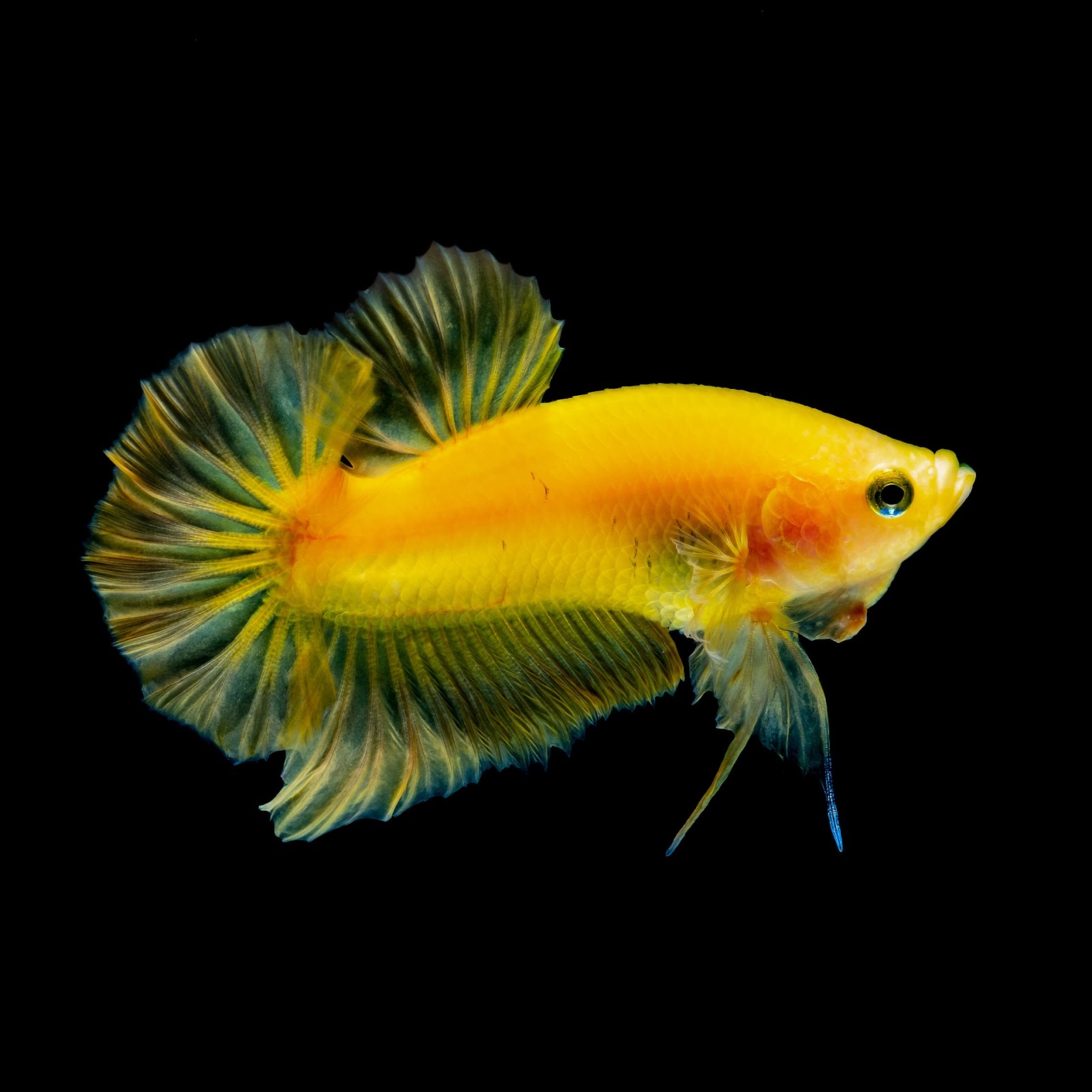 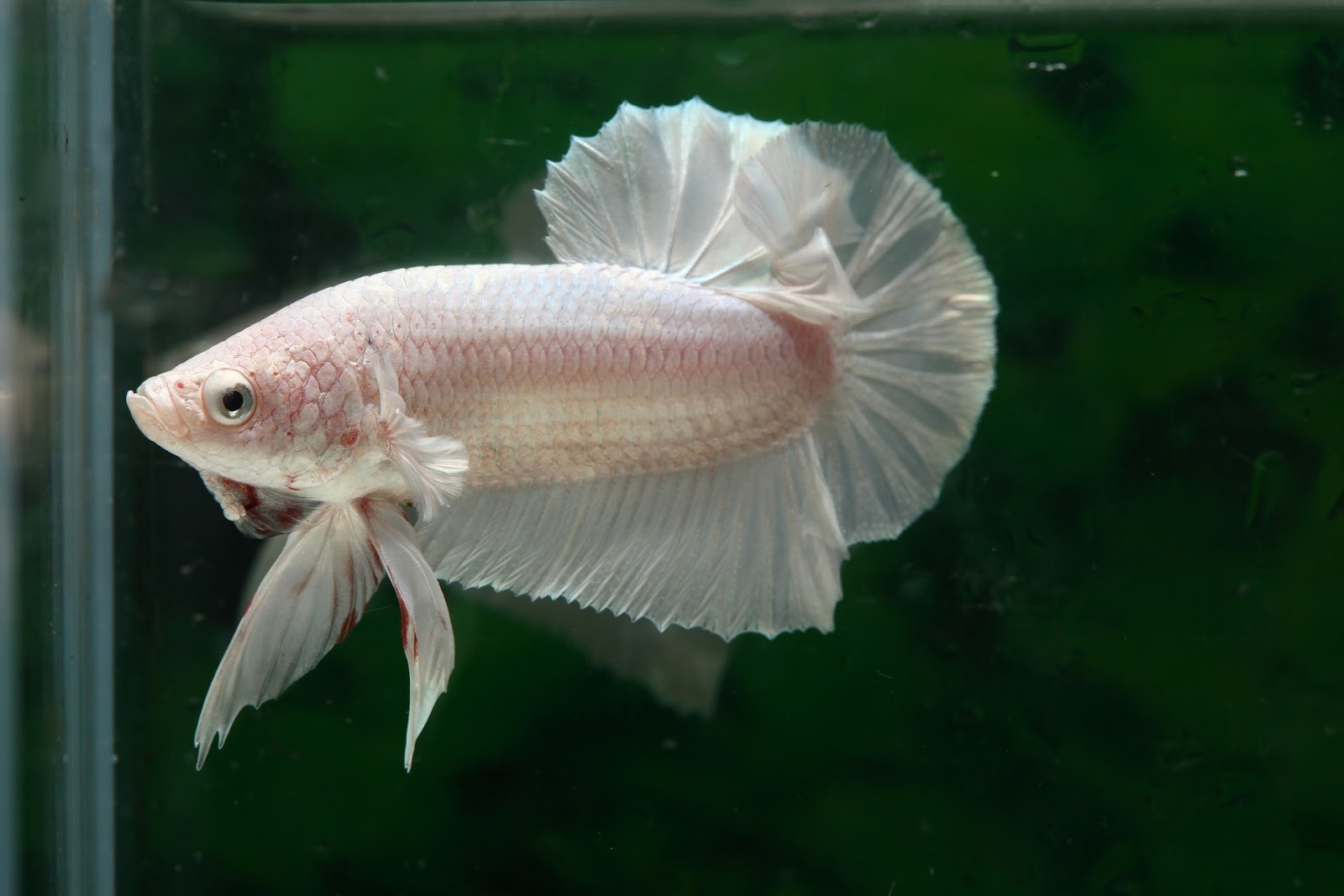 As you can see, fighting bettas come not only in many colors, but also many tail sizes and shapes. So how do you recognize a peaceful betta by appearance?

The best way is to look at the tail. The peaceful betta is also called the crescent betta because its tail is outlined in a red crescent, like these: 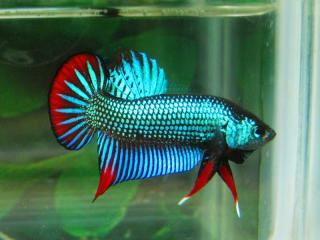 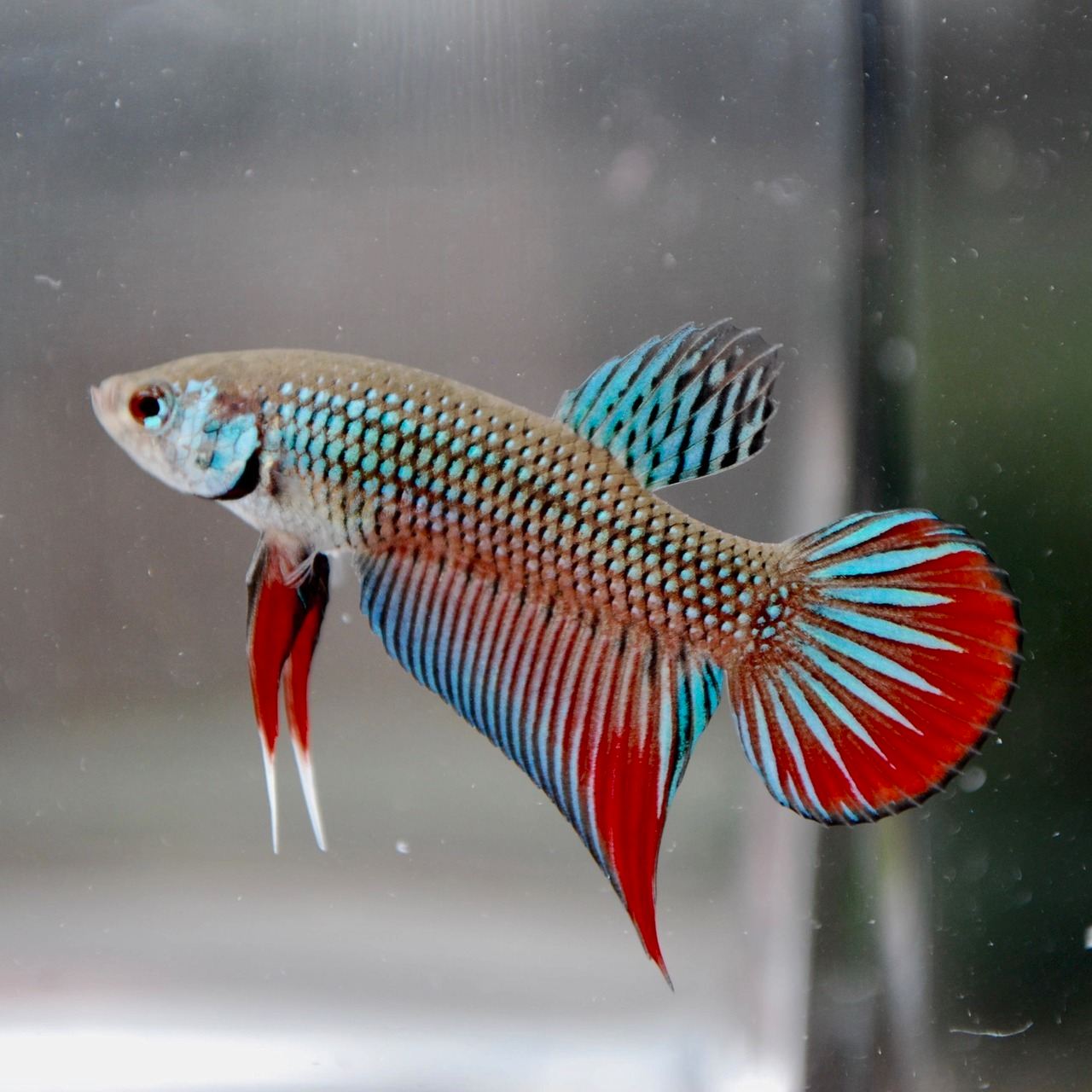 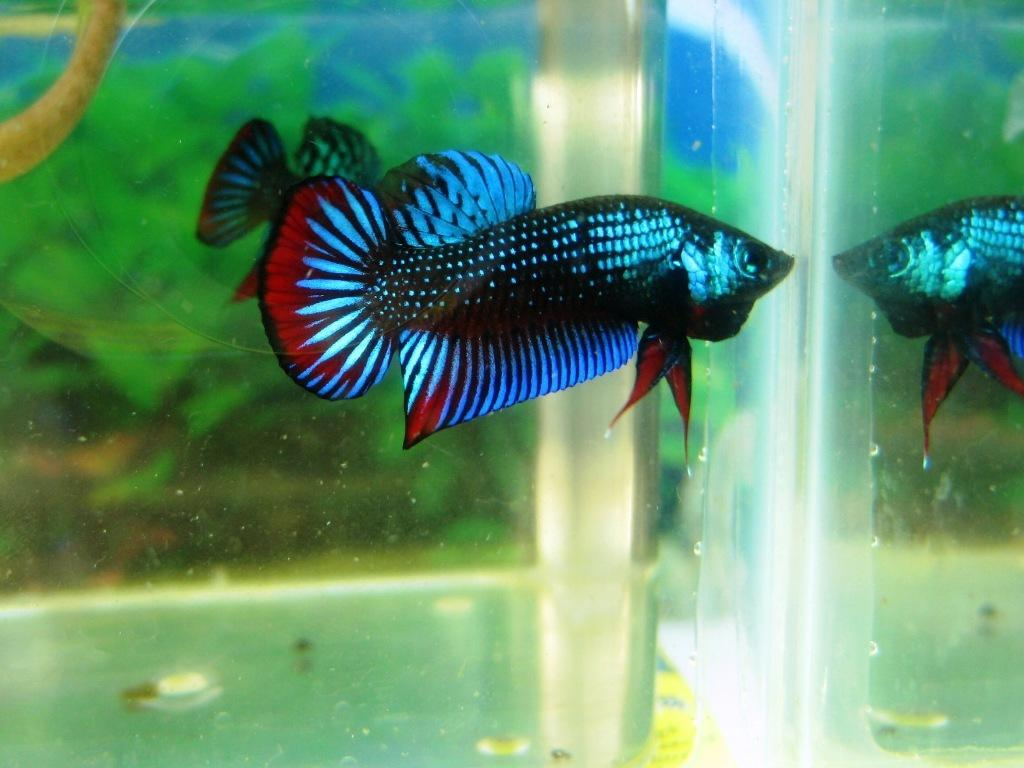 Peaceful bettas aren’t as popular of pets yet, but they are great tank mates for other freshwater fish.