Did You Know That Betta Fish Breathe Air? Have you noticed weird behaviors from your betta fish? They do things a little differently from other freshwater fish.

But don’t worry. Most of the time, weird betta behaviors are totally normal for their species. One thing you may see your fish do is swim to the surface and stick its head out, or even try to jump above the water’s surface.

It turns out that your fish is breathing when it does this. That’s right—bettas breathe air. Here’s the why and how of air-breathing fish…

It’s not just the commonly kept Siamese fighting fish that comes to the surface for air, either. Air breathing is, in fact, a common feature among betta fish species. That means that you’ll also see this unique behavior from “Peaceful Bettas”, a.k.a. the crescent betta (scientific name: Betta imbellis). 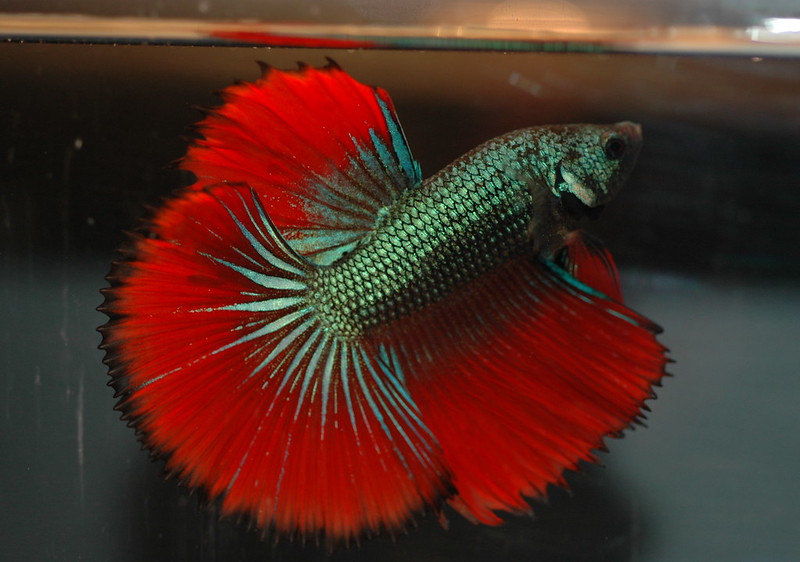 Why do betta fish breathe air?

If other fish do not rise to the surface to breathe air, why would bettas adopt this behavior? The answer lies in their native environments. Most species of bettas are from habitats that consist of shallow, murky waters that may be stagnant and oxygen-deprived. They make their homes in smaller lakes, streams, and ponds. Other fish simply wouldn’t survive in these locations, but bettas can thrive here because of their adaptation.

As an exotic fish keeper, it’s important to know that just because your betta has the option to breathe air above the surface does not mean you should rely on this. You still need to use a filter to help keep their aquarium water oxygenated.

Which filter you go with depends on the size of the tank and which other animals, if any, share the aquarium with the betta. Here are some suggestions:

Breathing air out of water is a backup plan. Your fish should not (and cannot) be constantly at the surface breathing.

In addition to having gills like other fish, bettas have specialized organs called labyrinth organs. By jumping out of the water or simply sticking their head out at the surface, they can take in a breath of air with the labyrinth organs, which are kind of like lungs. 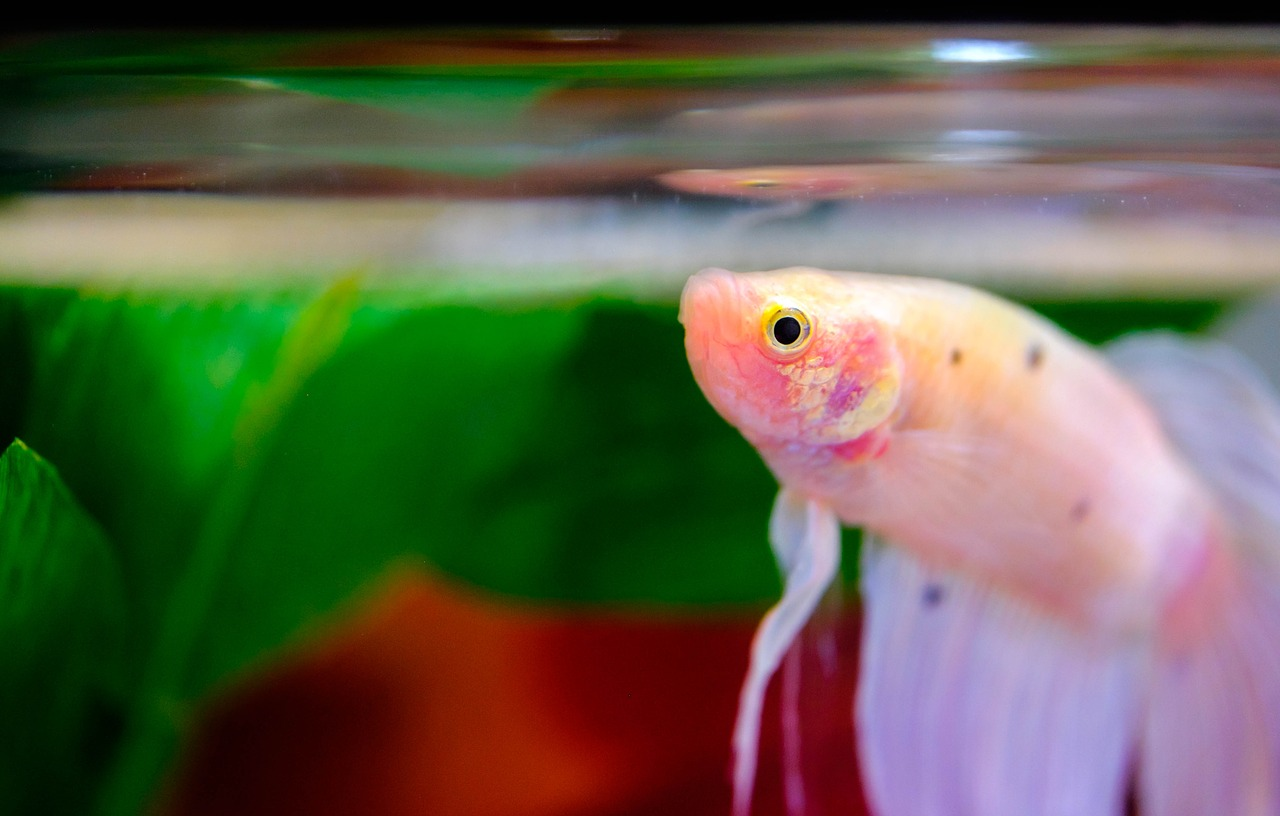 A betta near the surface of its tank

Because of this advantage, bettas can also hunt and eat insects that live out of the water, granting them an additional food source in smaller or more competitive habitats.

IMPORTANT NOTE: Yes, your betta could live out of water, briefly. But no, that does not mean you should make a habit of taking it out or letting children hold it. Breathing with the labyrinth organs is a short-term backup compared to using their gills.

Interestingly, bettas have adapted another use for their air-breathing abilities.  Check out next week’s blog to learn more about what bettas do that other fish can’t.