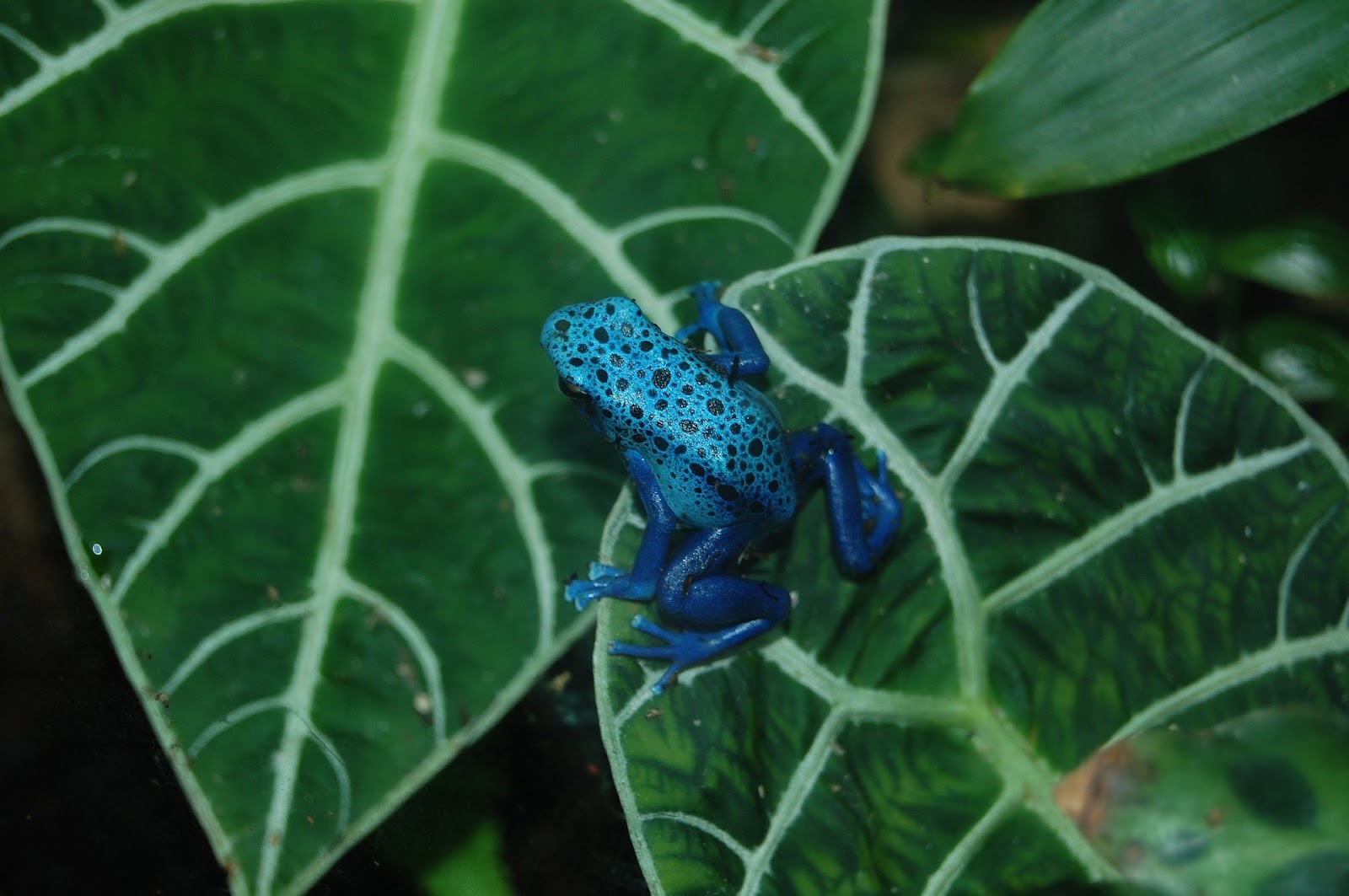 Things have been pretty serious lately with pandemic news and elections coming up. So this article is just for fun and not for thinking too much. Did you know that poison dart frogs carry their tadpoles piggyback style?

Here are some cute pictures and a few details about dart frog tadpoles. Get ready to say “awww”.

Hitching a ride on an adult frog seems to be an instinctual behavior in dart frog tadpoles. Dart frog tadpoles usually live in bromeliad plants. In some species, the female parent lays the eggs on a leaf on the ground, and the male parent guards the eggs. 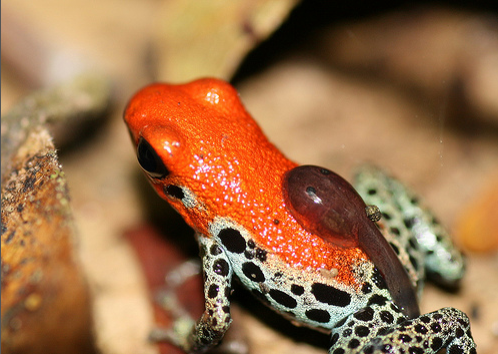 When the eggs hatch into tadpoles, one of the parents transports them one-by-one to a bromeliad pool. If an adult frog enters the pool of water in the bromeliad, the tadpoles may again try to hitch a ride. Sometimes they do this to separate from their siblings in the shared pool (dart frog tadpoles can be cannibalistic of their siblings).

In other species, the female lays the eggs directly in the bromeliad. 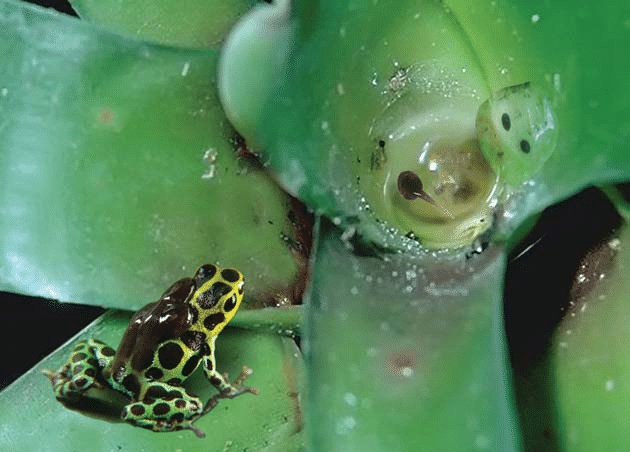 Which parent carries the tadpoles? 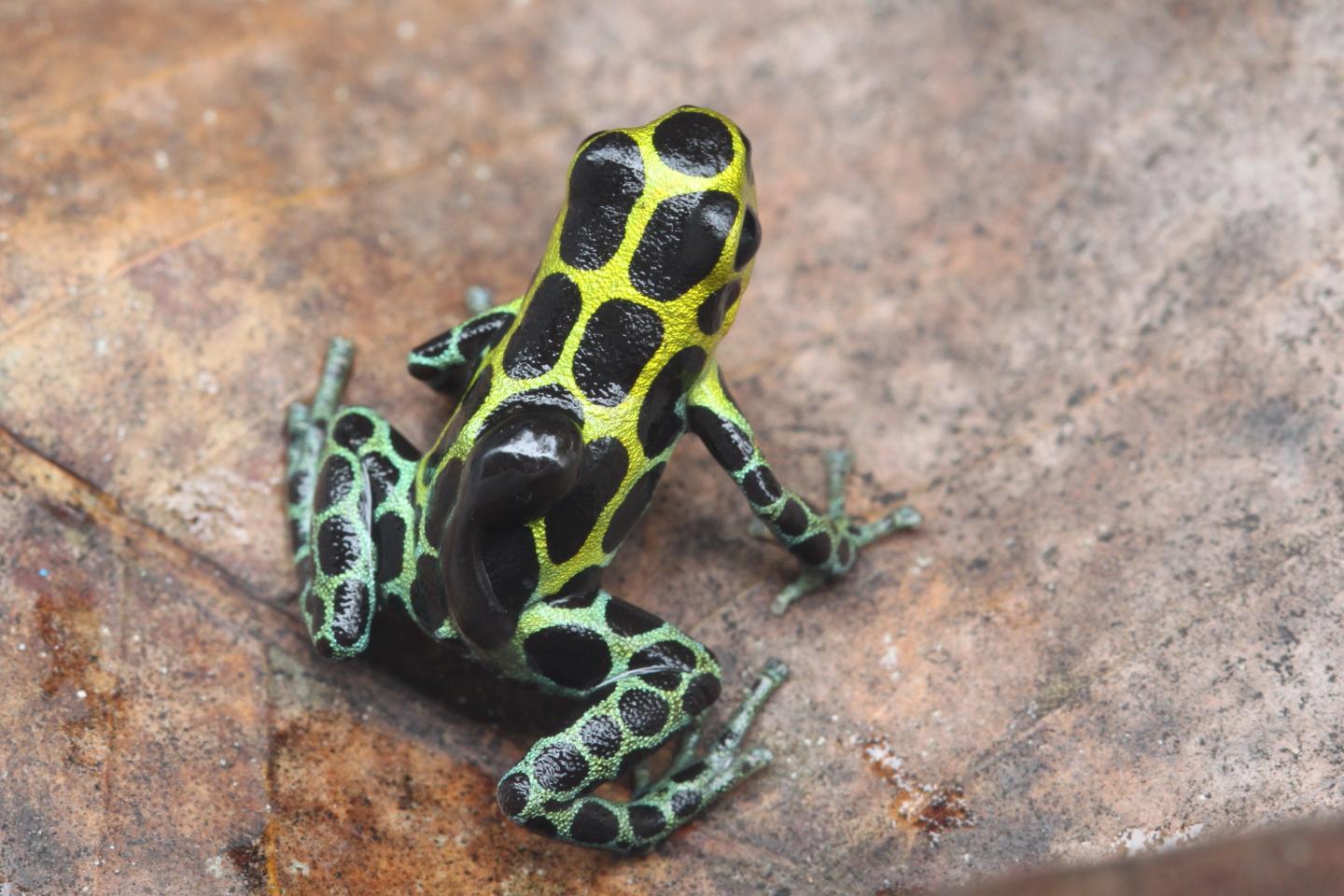 Photo courtesy of the Journal of Zoology

In most cases, the father carries the tadpoles to bodies of water to grow. That being said, research shows that at least for some species, if a father cannot complete his care duties, the mother will take over transportation responsibilities for their young.

You can read an interesting set of studies on dart frog courting and parenting behaviors in this National Geographic article. 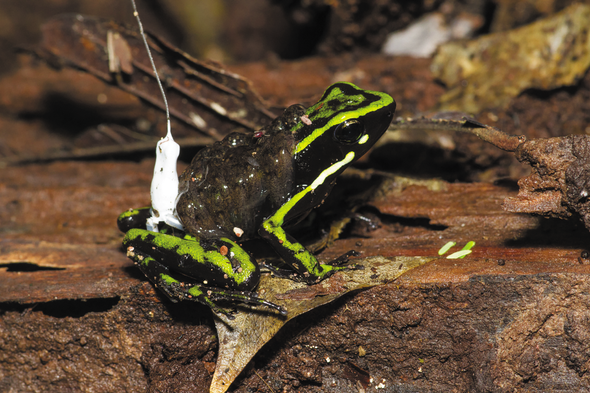 Raising your own dart frogs

You may actually be able to see some of this piggyback behavior in your own frogs if you keep breeding adults. The main things dart frogs need if you are going to breed them are:

The best method is to provide plenty of options for breeding spots so the frogs can pick out the laying areas they prefer. Place a hide over a shallow dish to create a secure egg-laying location.

Once the tadpoles are completely out of their eggs and have reabsorbed the gill strings on the sides of their heads, it is time to remove them to an aquatic habitat.

You can find nutritious frog pellet food at The Tye-Dyed Iguana in Fairview Heights.